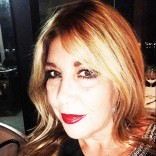 Love, faith, and science. That is the main thing that blazed out at me from the Palm Beach Dramaworks’ stage as I watched “Arcadia” by Czech-born British playwright Tom Stoppard. Those three intricate elements are wonderfully woven together in the play, and like many of his other award-winning theatrical pieces, it has an intellectual playfulness.

The play first opened at London’s Royal National Theatre in the mid 90s. Critics and audiences alike readily described it as Stoppardia—a term derived from the author’s style—a combined mastery of comedy and drama, with some complex, philosophical, psychological, and scientific ideas.

All that makes way for great theater and in this particular play, “Arcadia,” meaning that which is beautiful and almost perfect—explores ideas of faith, love, and of mankind. Observed closely, Stoppard’s play also has to do with order into disorder, or finding chaos out of order. And the idea that life and death are very much intertwined , and wherever we are in our lives, it is truly about opposites. He uses scientific approach to illustrate the chaos theory. But dramatically, what he is showing is normalcy in individual’s lives and the collision that we have in coming in contact with each other, which is where chaos lives and thrives, and creates harmony at the same time.

At the core, this play is a mystery. Perhaps not too many people will call it that. But J. Barry Lewis, the director of the play, agrees and discussed this undercurrent theme with the cast several times. “There is a mystery afoot, not the life and death mystery, but to the present turning to look to the past for answers,” he said. And the mystery is, “Can we reveal through the lives of those who have come before us that give credence and clarity to the lives of the present?” And that lays the ground for a successful theatrical piece.

“Arcadia” is unique. All plays are unique, really, but this play has two separate time periods. The scenes in “Arcadia” alternate between the present day and the early nineteenth century. The years separating the two become, as the play develops, easy to pass through as if you were traveling in a time machine back and forth through time, from 1808 to 2017.

The play falls around one specific character, a young woman by the name of Thomasina Coverly, played brilliantly by actress Caitlin Cohn. At the beginning of the play she is only thirteen years of age. What we determine very quickly is that she is a child prodigy. She has the ability to look at very complex scientific concerns and discern them into the most simplest of terms or ideas no-one has ever thought about. But at thirteen, who would hear her or know her? Her tutor, Septimus Hodge [Ryan Zachary Ward], primarily, is amazed what he discovers about her. Thomasina and Septimus discuss geometry, thermodynamics, and carnal embraces during an eventful period at Sidley Park Manor.

Those two characters become a keystone of the entire piece, as we follow them through the immediacy of their lives back in the 1800s. And what happens to them impacts what happens to the characters in the present time period. When we look at the modern day scenes, the researches: level-headed Hannah [Vanessa Morosco] and  gutsy Bernard [Peter Simon Hilton] are trying to find out more information about them.

At the heart of this story, there is also the British class. We are looking at a very wealthy family in the 1800s. And then, we are looking at the same family 200 years later. The past family are looking to find out what is their place in the world. Where do I fit in? What relationship do I have and what responsibility do I have to the world around me?

The present family is trying to discover some influences of historical figures. George Gordon Lord Byron, the English poet and a leading figure in the Romantic movement, plays a big role in this exploration of self.  The present day family is trying to determine if he indeed was present in this home and if he interacted with the members of this household. And so, it becomes an academic search—the minutia—the small things that make them famous and what made them famous 200 years ago. What they discover along the way is elements of changes that have never been understood or expected.

The play focuses on Thomasina’s genius, as she is able to understand such things as newtonian law and heat, and the newtonian existence of thermodynamics. Clearly, there’s a great deal of science and sex at the core of this play. Sexual heat, to be exact. Without personal heat, people coming in contact with each other, there would be a linear line of things in the world. Nothing would move. There would be no emotion—the undefinable nature of love. Those with whom we fall in love with often do not have understanding or know the meaning why it happened. It just does. It just throws chaos into the works.

Just like life. Unexpected. Unpredictable. Chaotic and wonderful at the same time. You may live out to be one hundred years of age, or you might die on the eve of your seventeenth birthday. There’s a great line in the play that illustrates this wonderfully:

“We shed as we pick up, like travelers who must carry everything in their arms, and what we let fall will be picked up by those behind. The procession is very long and life is very short. We die on the march. But there is nothing outside the march so nothing can be lost to it. The missing plays of Sophocles will turn up piece by piece, or be written again in another language. Ancient cures for diseases will reveal themselves once more. Mathematical discoveries glimpsed and lost to view will have their time again.”

Stoppard’s “Arcadia” is cross generational, and cross time. And while there are lots of scientific terms that all may sound monumentally intellectual, this play is intelligent, witty and profoundly meaningful.