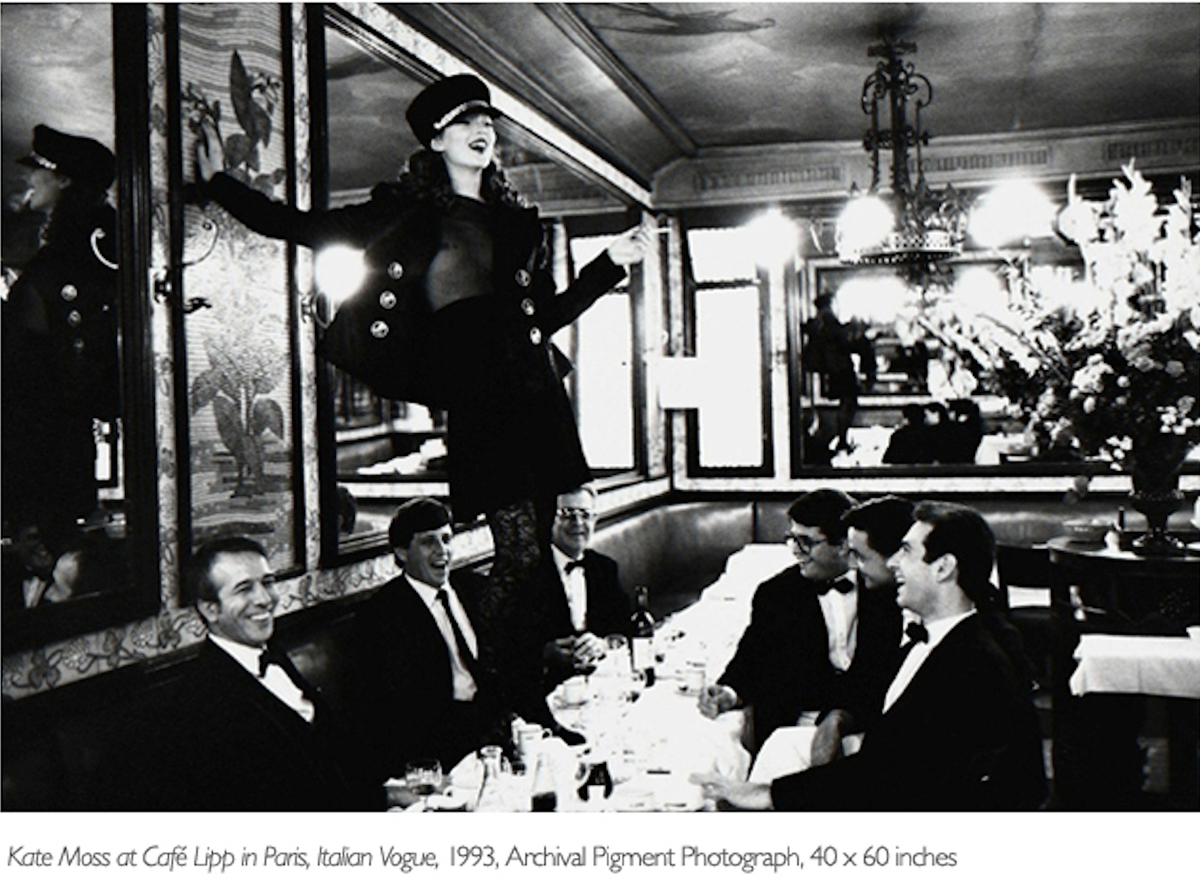 Holden Luntz, the cutting edge photo gallery on Worth Avenue has been acquiring a smashing new selection of images from the likes of Arthur Elgort, Herb Ritts, and Harry Benson.

Through his distinctive style and composition Ritts became one of the leading photographers to emerge during the 1980s, particularly his photos and close friendships with models such as Madonna and Cindy Crawford. Ritts’s intimate sense of portraiture, his innovative approach to fashion, and his updated classical treatment of the nude that won him international acclaim and a place within the canon of American photography.

Elgort has a stylistic visual freedom that allows the spontaneous energy and joy of the moment to be expressed through an image. His photographs have the unforced look of a personal snapshot while they are simultaneously memorable chronicles of the popular culture. Elgort was born and raised in New York City, who originally worked as a painter, but that vocation proved too lonely an art for him as Elgort thrived on human interaction. Turning to photography, in 1971 he first achieved notoriety when his pictures of a model playing with a dog ran in British Vogue, lending a new dynamic to fashion photography. Setting his models away from the static and classically composed, he allowed them more space to move sending them into motion. The resulting pictures had buoyancy, lightness, and naturalism. In order to achieve this, Elgort often utilized his technique of “moving with the model” during a photo shoot, creating a type of dance shared between the artist and subject while he talked and clicked the shutter for a vibrant aesthetic in his images.

Perhaps nowhere is Elgort’s characteristic style more apparent than in his unexpected image of Kate Moss taken at the famed restaurant, Café Lipp in Paris. Included in the September 1993 issue of Italian Vogue, the mood of the image is euphoric, elevated (both literally and figuratively), and joyous. Breaking with convention, Moss seems to be doing holding court in the room of handsome gents as she is playfully posed with a dangling cigarette in hand atop a table. Perhaps they are surprised at her sudden climb on the white tablecloth in the storied restaurant, her laughter reflected in one of its mirrors above the waiters below. It’s reminiscent of Marlene Deitrich and her gender bending early films.
Elgort continues to work at Vogue where he has for over four decades produced famous images of many of the most defining icons of fashion. His pictures have also appeared in such publications as Rolling Stone and GQ and are found in the permanent collections of the Victoria and Albert Museum in London and the International Center of Photography in New York among others. Elgort recently celebrated his 75th birthday, and he continues to produce lively and inspiring work that captures the joy in snapshot moments.

Get the Latest Art News and Events Around West Palm Beach with New Arrivals at Holden Luntz, Palm Beach Dramaworks Summer Musicals in Concert and More

Tags
View from the Harvey