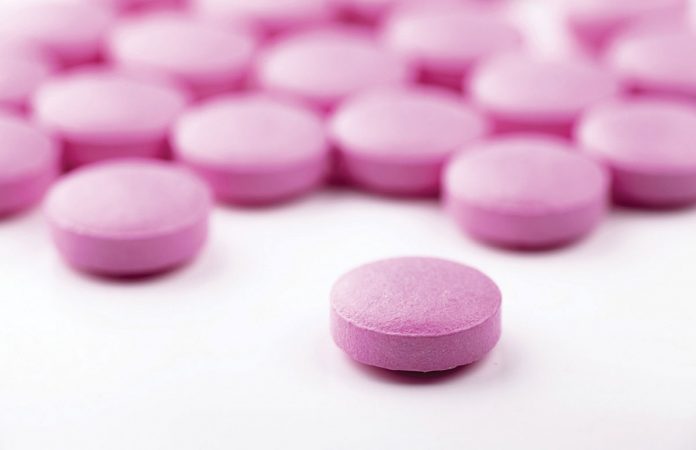 Ladies, have your heard? Your sex life is about to charge into the pink, so to speak. The FDA has finally approved female Viagra, a little pink pill designed to help women increase their sexual desire.

Different than its male counterpart, female Viagra works on a woman’s brain, much like an anti-depressant. Then again, the infamous blue pill works on a man’s head, too. At least the one he does most of his thinking with!

Like most drugs, female Viagra has serious side effects that should be considered. It can lower your blood pressure, so low that a temporary loss of consciousness may occur. The good news: you are going to have the greatest sex of your life. The bad news: you won’t remember any of the details because you passed out in the middle.

Female Viagra must be taken daily for at least four weeks before it kicks in and you’re feeling amorous. And those four weeks will seem like an eternity because you’ll be giving up all cocktails. That’s right! Women on Viagra are not allowed to consume alcohol.

Are the results worth it? Women who took female Viagra in clinical trials reported “one extra sexually gratifying experience” a month. That’s about the same as most women with kids can count on.

Men who pop Viagra face risks, too. Our favorite is the urban legend “if an erection lasts more than four hours seek medical attention.” Chances are should this occur it’s his partner who will be driven off in an ambulance.

Serious sexual dysfunctions aside, women eager to increase their desire don’t need a pill. They need the right guy.

Not feeling in the mood? This is one time when “it’s not you, it’s me” doesn’t fly. No, it’s him. Mr. Right is someone who respects how you feel, listens to your needs and takes care of them both in and out of the bedroom.

Are results for Female Viagra worth it? Women Eager to Increase their Desire don’t Need a Pill. Mr. Right is the Best Female Viagra on the Market. Learn Why

Alys and Victoria created Landing Mr. Right, a hilarious board game that helps players find “The One.” Landing Mr. Right revolves around dating six types of men: Blue Blood, CEO, Regular Guy, Rock Star, Triathlete and Techno-Geek. The fun really starts as players share their stories and how they'd handle a wide-variety of situations found in the "Date-o-sphere" or today's world of dating.

Come to our next fun Girls' Night Out!

Fourth and Two Yards to Go…to the Mall

Dining on the Spot: repurposing more space for outdoor diners