Publisher Steve Rullman has been at the helm of the hive since the beginning after working at many hot spots in Palm Beach County including stints at Fantasma Productions, Respectable Street as booking manager, the Palm Beach Post, City Limits, and now zine publisher.

“Its original purpose was to be an extension to the reach of The Honey Comb website of arts and music listings in a physical format,” Rullman says.  “Many people still want to pick up a quick read while out at the local record shop, coffee shop, juice bar, venue, restaurant, etc. The need that TheHoneyComb.com (est.1998) filled was to clue people into what was happening in the underground music and art scene by providing comprehensive listings and info that were often overlooked by the weeklies and other mainstream press, plus stream our weekly radio show taped live from WPBR in Lake Worth.”

The zine is printed on newsprint and folds out, usually containing an art poster inside.

“The format was inspired after returning home from tour with The Dewars, Surfer Blood, and The Drums in October 2010. I thought it would be really cool to open up a broadsheet with a quick, easy-to-digest format and immediately discover listings for what events were on the horizon. Also, to include show previews and ads for businesses that care about South Florida’s art and music scene. Then, like licking a tootsie pop find a giant poster on the inside, I can’t tell you how many times I’ve heard: ‘I have a PureHoney poster(s) on my wall… or in my studio.’”

Managing Editor Sean Piccoli, former Pop Music Writer for the Sun-Sentinel, weighs in on the need the coverage in Purehoney fills in South Florida.

“It shows how varied and energetic the music scene can be when you look at South Florida in its entirety, despite the geographical remoteness and the automotive layout,” he says. “South Florida is not an easy addition to a tour itinerary for a band on the road. For locals, it’s not a place where you open your guitar case on a train platform and play for spare change, or where your band sets up in a public park and spontaneously jams. It doesn’t have music emanating from every pore; it’s not built that way. But it is a place where bands form, musicians dream, and original music lives and often catches the ear of people in other places. By encouraging, promoting, and celebrating that activity and connecting local musicians, clubs, festivals, and record stores to the larger independent music scene, PureHoney is also one of the reasons that an indie music culture exists in South Florida.”

But Purehoney covers more than music.

“By expanding into the coverage of visual arts, DIY crafts, food, and dining,” Piccoli says, “PureHoney is also tying the region’s musical life to other kinds of sophisticated homegrown output, and I think that’s been a critical insight on Steve’s part to situate music in South Florida in an ecosystem. PureHoney readers see the musicians, artists, printmakers, photographers, craft brewers and chefs represented as mutuals: They support one another directly and indirectly, and it all adds up to a vibrant and interesting regional culture. PureHoney makes sure that people in South Florida know about it and have access to it.”

(Below, Surfer Blood—an indie rock band from West Palm Beach and one of the headliners for this year’s festival—on the SurferBlood boat) 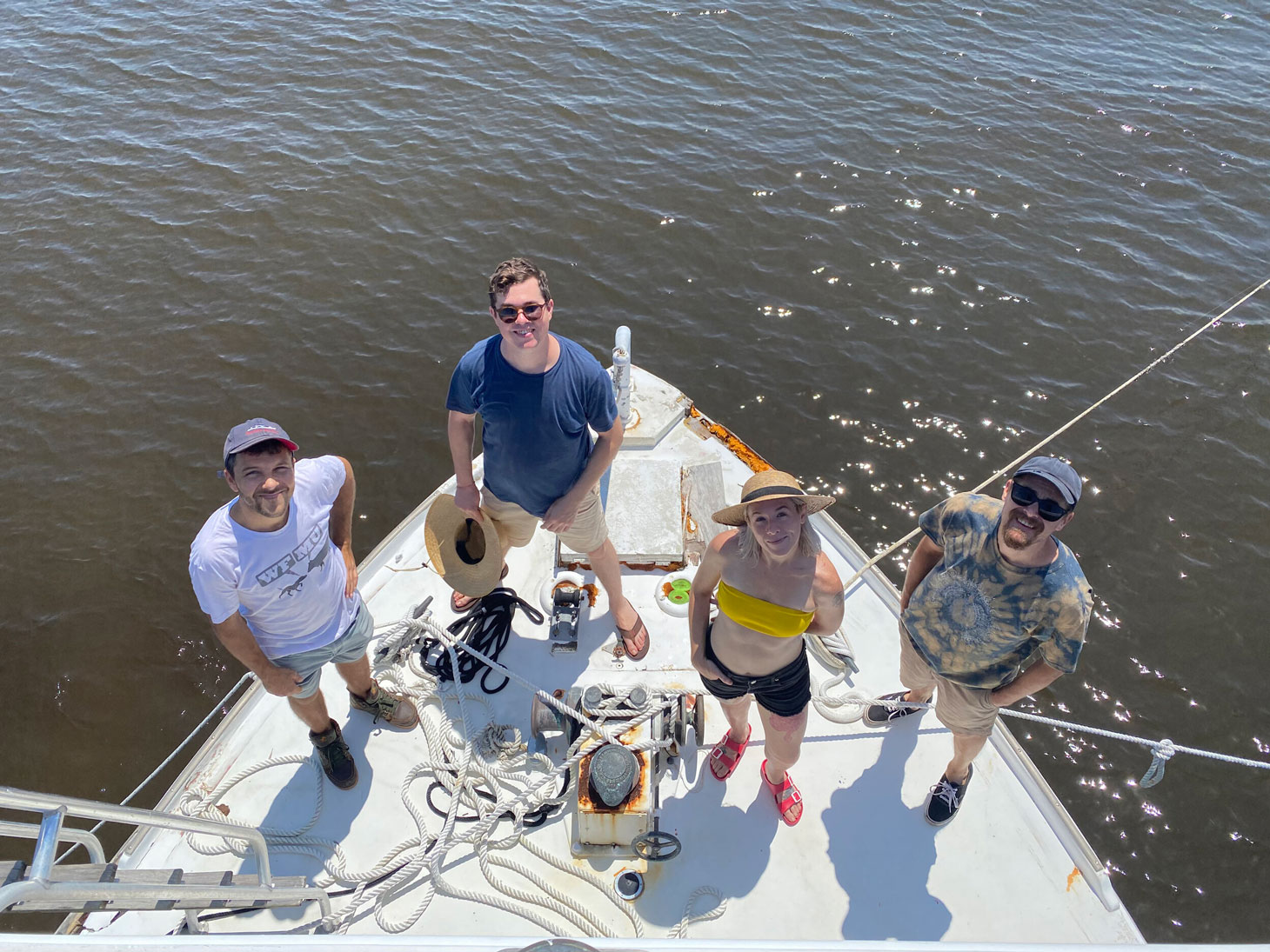 “South Florida long ago shed its reputation as a place where rest and relaxation are bigger priorities than creativity and industry. It’s a place where people live and work, not just retire or vacation. It’s increasingly international and cosmopolitan, and those changes in demography can only enlarge the pool of people who will make music. What that will sound like is hard to predict. The musical bursts that South Florida periodically sends out to the world are so different from one to the next. The home of the Mavericks, Gloria Estefan, K.C. and the Sunshine Band, Betty Wright, Dashboard Confessional, Marilyn Manson, and Rick Ross is really all over the map.”

“South Florida was never a full-on music town like Nashville or L.A. or Austin, although Miami as a Latin music industry hub comes close,” Piccoli says. “It was never the most natural choice for pursuing a musical livelihood, for the above-stated reasons, whether you were playing the music or programming it. I think it’s remarkable how productive the region has been, musically, going back to the Deep City era in the 1960s, considering the barriers. And I don’t fault South Florida for any extra difficulties that musicians here are facing now, in 2021, because there are gigantic economic and structural forces at work that make it more difficult today for all musicians who aren’t already global superstars. That said, so much of the world’s work and communication is online and remote, and South Florida is as well-positioned as any place to let creative people thrive in that environment if they want to have Miami, Fort Lauderdale, or West Palm as their home base.”

Rullman adds “With respect to the local scene in South Florida, I always say the same thing for decades. It dies, regenerates then flourishes every 3 to 5 years. Something about the demographics forces this cycle. Very much hoping we are in a growth phase once we turn the corner with this pandemic.”

Bumblefest was on September 17th at the 500 block of Clematis Street.

Bumblefest celebrates ten years of Purehoney with quite the lineup