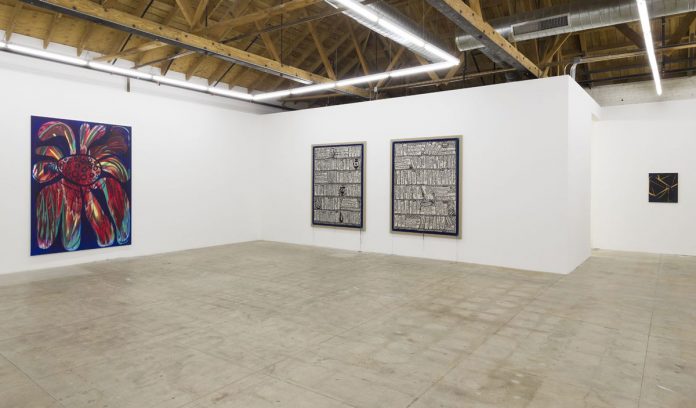 Bi-coastal glam gallery gal Sarah Gavlak and her eponymous Worth Avenue gallery with the pink stairway to art heaven is turning 10 this month and to celebrate she is hosting blowout group shows at her Palm Beach and Los Angeles galleries. The exhibition reflects on Gavlak’s ten years in business, and will include works by artists Gavlak has represented since 2005, alongside artists new to the gallery’s roster, and those whose work reflects the gallery’s sensibility of exhibiting cutting edge artists.

On November 26th, Gavlak Gallery Turns 10. Back in 2005 Sarah Gavlak opened her first public gallery, Gavlak, in West Palm Beach, Florida. Gavlak’s first exhibition was a solo show of Wade Guyton explosive paintings, the artist’s first solo exhibition in the United States. Guyton would go on to be a major international artist.

Gavlak then went on to give early exhibitions to Sheila Hicks, Marilyn Minter, and Aleksandra Mir, among others. From the outset, the gallery featured the work of international emerging and established artists working in painting, sculpture, photography, works on paper, and video, and emphasized pioneering women and LGBT artists on its roster, something very few Worth Avenue galleries were doing.

Her gallery quickly gained critical acclaim for its outstanding roster of contemporary artists, and continued to grow with support from Palm Beach society art dames Baby Jane Holzer and Beth Rudin de Woody. Gavlak expanded to the West Coast and now has two galleries there in Hollywood.