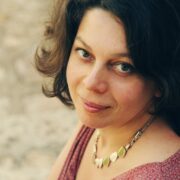 A Unique Spot for Shopping, Eating, and People-watching

Yes, it’s that time of year for the much-anticipated music and arts festival, happening this time from April 30th to May 3rd. The lineup for this multi-genre event provides a good showcase of the music that is being played at festivals across the nation.

As people start making plans to attend this year’s Sunfest in downtown West Palm Beach, ‘weather‘ fingers crossed, here’s the full lineup breakdown for you to decide what bands to catch up.

Country music singer-songwriter Darius Rucker is the most successful African-American country artist since Charley Pride. Once the frontman for Hootie and the Blowfish, now a successful solo singer Rucker is a mighty and dominant force in the country music world with an extraordinary voice and full of nuance.

The Groovenics will bring the ’90s music scene in South Florida. This local band blends various genres into a unique sound that creates a live show where people from all walks of life can let loose and enjoy themselves. Some rising performers bring a variety of musical backgrounds: PLS & Ty, Magnolia Boulevard, William Black, and Colony House.

The rock band +Live+ will reenact their worldwide successful 1994 album Throwing Copper with songs like “Selling the Drama,” “I Alone,” and “All Over You.” And an eight-piece band hailing from New Orleans, the Revivalists will take on the Airtab stage for an energetic show.

The Ford Stage headliner is Illenium. If you are into electronic music, Illenium has generated word-of-mouth buzz with a steady stream of quality singles, albums, and collaborations. He released his most recent album, Ascend, in August 2019 which relentlessly delivers high-quality song after song, building an album deserving of coming to rave about.

The weekend comes crashing down with 15 music acts throughout the day.

Local sensations, Citizen Badger will get their ‘highly’ deserving chance to perform on the big stage of Sunfest from 6:00 PM to 6:30 PM. Rising artists to add to your music rotation on Saturday include Men of Blackness, Leo Aether, Angie Rose, Bre Kennedy, Childish Major, The Main Squeeze, and Jo Mersa Marley.

The runner-up on the seventeenth season of American Idol Alejandro Aranda, known as Scarypoolparty, will perform on the new Airtab Stage. Southern soul-rock band from Jacksonville, JJ Grey & Mofro, and Melissa Etheridge will entertain during the mid-afternoon hours and 22-year-old rapper A Boogie wit da Hoodie will take on the Airtab Stage from 9:15 PM – 10:15 PM.

Two acclaimed performers are expected to bring a lot of excitement to the Sunfest experience on Saturday night. The first one, legendary Sean Paul is one of those musicians, everybody loves. So, get ready for “When It Comes To You” because “Temperature” is “Like Glue.”

The other, Juanes, is one of the biggest Hispanic music acts you could ever dream of being part of. This will definitely be a must-do. Charismatic and easily engaging the crowd, Juanes enjoys widespread acclaim and his fans will surround the stage to capacity,  cheering and singing with unflagging fervor songs like “A Dios le Pido” (“I Ask of God”).

Slightly Stoopid is Saturday night’s main headliner. Their feel-good dub and dancehall anthems is nothing unlike what you’ve come to expect from a band so, even if it gets to rain, be ready to melt away your troubles to positive Reggae music.

The pop band of multi-instrumentalist brothers, AJR is a YouTube sensation that will bring very good indie pop to Sunfest on a day that will also see highly renowned rappers Kevin Gates and Nelly on the Airtab Stage and Ford Stage respectively.

An admirably versatile singer, R&B star Ne-Yo will take on the Tire Kingdom Stage from 8:30 PM – 9:45 PM. The singer who has honed himself an image of not just the best dressed, but the best-behaved guy on stage, Ne-Yo will surely step into the spotlight of Sunfest as the crème de la crème artist of emotive dancefloor ballads.

This year’s grand finale headliner is Cage the Elephant, a band of a long rock & roll tradition. Their music is radio-friendly with a pixie sense of humor. The Alt-rock megastars will be on the Ford Stage from 8:30 PM to 10:00 PM with raucous energy the likes of their punk album highlight ‘House Of Glass’. So, get ready to cap off Sunfest with a positively psychedelic dance-party performance at its best.

Tickets for the ultimate South Florida music & art festival along the West Palm Beach waterfront are available now at sunfest.com and you can get discount prices ($47 1-day pass, $74 2-day pass, and $95 3-day pass) now through 4/25/20.

For information on parking, all special events during the 4-day festival, the TGI5K, the Art District, and much more, head to www.sunfest.com

Lineup for the 2020 Sunfest Music Festival

The Classic, Brutal Beauty of “A Streetcar Named Desire”

‘The House of Blue Leaves’ Portrays our Celebrity, Fame-Obsessed Culture