With so much development and gentrification in South Florida, what really makes a community is the arts and the people who create it. In the seaside town of Tequesta, the Lighthouse ArtCenter Gallery and School of Art have a fiercely devoted following for their exhibits and classes, having thrived there for 55 years. There is much that they do and a great deal more they could do with the space and resources they have.

“We are overflowing here and need to secure our future,” says Director of Education Holly Gizzi as she gives a tour of the facility. “Purchasing the school building is our main objective right now so we can keep all this going and expand what we do.”

A weekday visit to the School of Art finds dozens of artists attending watercolor classes – flowers are a hot topic – drawing workshops and a ceramic class that occupies the whole back of the school with multiple kilns for firing up the newly created works.

The School of Art includes 4,300 square feet of classroom space on Seabrook Road. The Gallery a block away on Tequesta Drive features 8,000 square feet of exhibition and classroom space.  For the past 21 years, the ArtCenter has leased the School of Art building from the current owner who has now put the building up for sale. The School is about half way to its goal in purchasing the building. Ownership would help them stay in the community, reach more students, expand course offerings, add programs and events, give more scholarships, utilize new technologies in learning, and much more.

Hearing about the plight of the school, Jupiter residents and artists Nicole and Jason Newsted have stepped up to help out. Jason is painting a new mural on the outside wall of the School, and an exhibit and concert are planned for March.

“I based this work on the natives that were here first,” he says standing in the blazing sun on the second day of the weeklong mural painting process. “I wrote a whole story on the wall first – alternately using both hands – about the tribes and the history here. That will mostly be hidden by the end, just like how history moves on. Over that I have hands and faces and the word EARTH encircled in a fish shaped eye. I included the funny name of one of the classes “Drawing for the Terrified”. There are two small painted artists at the bottom who are springing all this from their imagination. I plan to have art students from the school add something at the end around the borders to pull the community into this. It’s for all of us, places like this are what makes a community special.”

Newsted works alone, on a scaffold with music playing from his iPad, a mix of Johnny Cash and other country folk artists, a far cry from the heavy metal he blasted out from stages around the world as a 15-year Rock and Roll Hall of Fame member of Grammy winners Metallica. Large cardboard stencils lay piled on the ground while boxes of acrylic paint sticks sit on a table next to his art supply packed truck.

“It’s fun to be out here with people rather than in my studio. We have a banner hanging out front to promote the concert I’ll be doing here on March 8 and 9th with my Chophouse Band, and these two dudes came by, saw it and were saying ‘Whoa man it’s the guy from Metallica, how to cool to see and meet him!’. Meanwhile I’m standing right there covered in paint and they didn’t know it was me. Then I have senior citizens from the classes come out to get their pictures taken after they fiddle with their camera phones.”

In addition to the concerts and mural, which will be unveiled with a party on March 1st, Jason and his painter wife Nicole will be having a joint exhibition – their first – at the ArtCenter, inspired by the current cover story on their art and love affair in WPB Magazine. His show The Art of RAWK will have new paintings and a fierce guitar sculpture he created from a tower of painted guitars. Nicoles show, brighter is better, showcases her whimsical paintings of wrapped candy, stuffed animals, her pet dog and bunnies.

‘We are thrilled to have this show and support from such generous members of the community,” says Susan Snyder, Director of Development during a tour of the gallery space. “We have two large exhibition rooms here that will both be filled with their art show. The larger room can hold 250 people for the concert, and we’re expecting a great turnout.”

Snyder shows off some recent donations to the ArtCenter of large multi-media paintings by famed Miami artist Purvis Young, and the current exhibit of never before seen photos of Frank Lloyd Wright during the construction of the unique spiraled Guggenheim Museum in NYC in the 1950s. 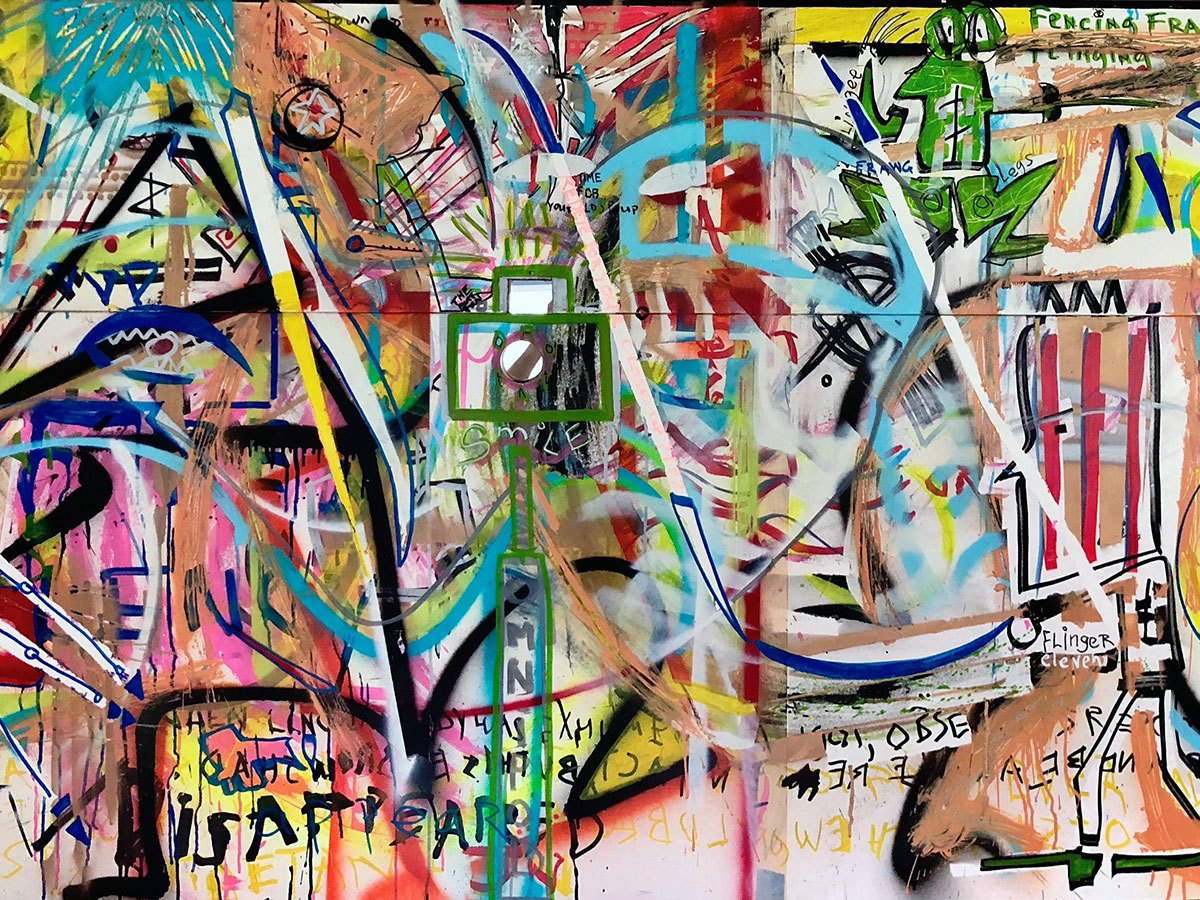 More information about the Lighthouse ArtCenter Gallery and School of Art, visit lighthousearts.org

Make a Wish and Let the Holiday Season Begin

Get Ready, “Ordinary Americans” to Debut at Dramaworks Mainstage

Q&A with Brittany Reilly, Founder of Bohemian Groove on the Move