Palm Beach Dramaworks and Actors’ Playhouse are joining forces on a virtual co-production filmed on PBD’s mainstage, without the presence of an audience, the show will be streamed online from April 2-6, for $30 per ticket. This play is a celebration of all that is beautiful and poignant in life.

Most people’s first encounter with Emily Dickinson’s poems is in high school. Her poetry, which navigates the syntax and metaphysics of death and immortality, has become a lot more popular with time. Shocker? And, depending on the teaching, you’re told this leading 19th-century American poet was an agoraphobic hermit who defied death with her words.

Truth is, it’s not because she feared it; but rather, because she wrestled with it and questioned it.

This enigmatic side of Emily Dickinson can be seen in William Luce’s The Belle of Amherst, a one-woman play based on her life and portrayed by Margery Lowe. Not exactly a new role for her. Just a few years ago, she played the ethereal daguerreotype, diminutive and pale poet with precision in Palm Beach Dramaworks’ world premiere production of Joseph McDonough’s Edgar & Emily, a fantastic tale of two scribes united by fate.

Joining forces on this virtual co-production are Palm Beach Dramaworks Producing Artistic Director William Hayes and Actors’ Playhouse Artistic Director David Arisco, with Hayes directing. Filmed on PBD’s mainstage, without the presence of an audience, the show was streamed online from April 2-6.

There’s something about Dickinson that attracts an audience—regardless of the place and time. People keep revising her without getting her right. But all these repeated revisions also stem from a deeper desire: we want to imagine a more relatable Emily, perhaps not as a popular girl but one we would really understand, like, and befriend if we met her today. 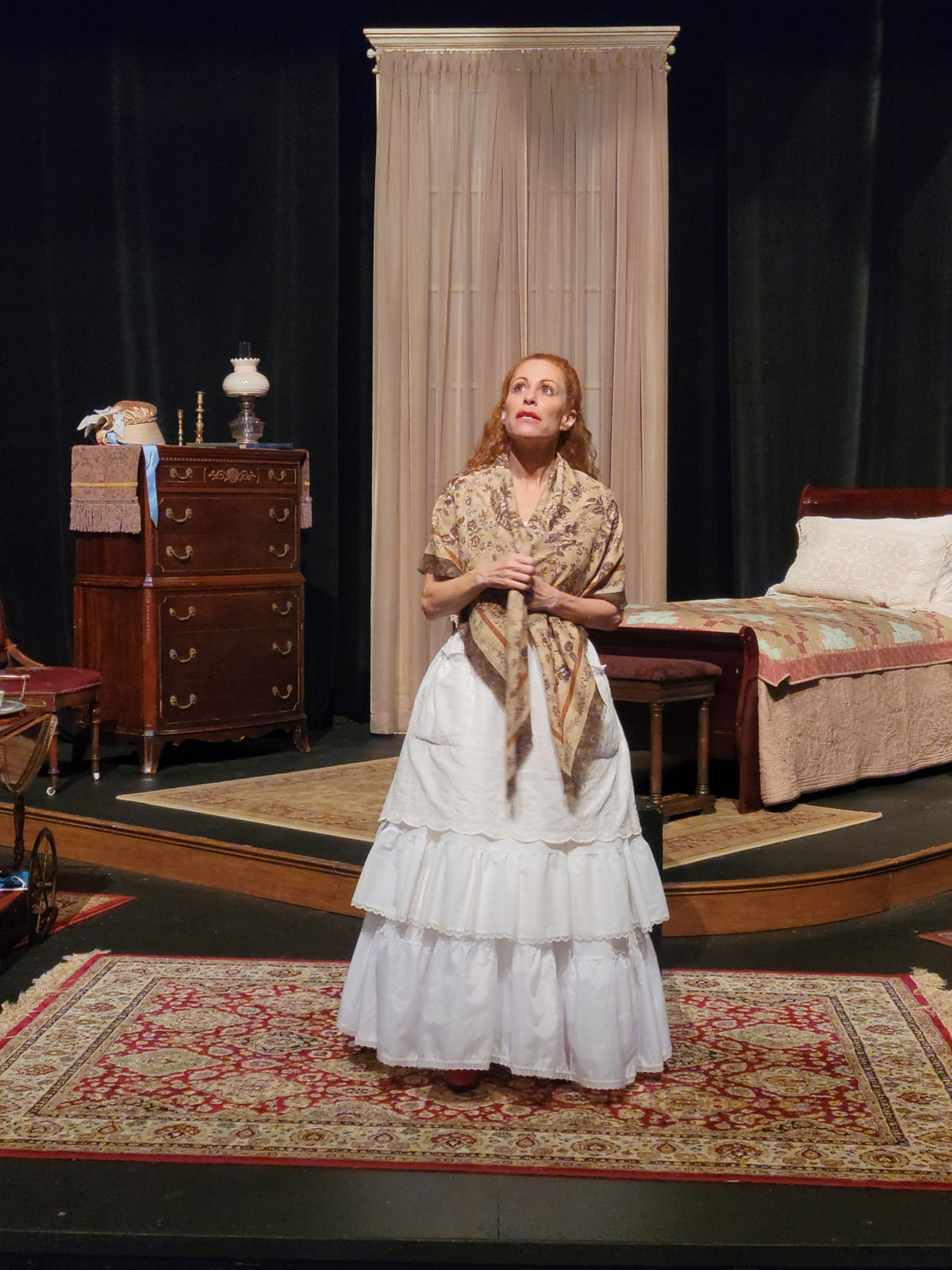 Lowe gets it. Certainly, Emily is in her head. At the very least, she’s got over sixty of her poems and love letters, scripted by Luce in pure dialogue. Unlike a film actor who delivers her lines straight into a camera, hers will be performed in a play being filmed on PBD’s mainstage, as she talks to someone [imaginary audience] in particular. Perhaps a lover. Who?

“That’s part of the mystery,” says Lowe, mischievously in character. “When you read her letters, you see her raw wit and sense of humor. And when you read her poetry, her words are so spectacular that they reach into your soul. They are filled with so much humanity that anyone can relate. They say, ‘that’s me, that’s me!’ Everybody wants to grab her for their own.”

Hayes and Arisco did not miss this newly found popular adulation when they were looking to work on a project together. In the midst of a pandemic that sent everybody home, they recognized the poet’s young fan base, thanks to the series Dickinson streaming on Apple TV+, a coming-of-age story with a contemporary sensibility that stars Hailee Steinfeld, acclaimed for her popular role in the 2010 feature film, True Grit. In Dickinson, she’s added magnetic and rebellious to the list of names used to define the poet.

In Luces’ play, he uses the famous “Master” letters Dickinson drafted to a man called “Master” to reveal the woman behind the name. Hence, the heart of the mystery.

In the first part of the play, he shows her as a teenager entering society and trying to fit in. She went to dances, had infatuations with boys—a lot of the things that people don’t know about her, we will soon learn.

In the second part of the play, the author focuses on Dickinson’s loss and her preoccupation, or lack thereof, with the world around her. “The main takeaway for me is that she stayed home, not because of fear, but because of choice,” explains Lowe. “She was so committed to her work and her words that more and more, they evolved where she felt that if she left her home to get marry and do all of the confinements that 19th-century society was placing on a woman of that day, she wouldn’t be able to write.”

Like many writers, Luce understands that devotion, that passion, and the need to express yourself through words. Something Dickinson didn’t know how to live without. And according to Lowe, “something Luce highlights in a beautiful way.”

This play was his “love affair with language, a celebration of all that is beautiful and poignant in life.” He penned those words in an author’s note in the published version of the play, and also said he wrote the piece hoping to “depict an individualist of the highest order” and “the humanity and reasonableness of Emily Dickinson’s life.”