Supercar Week Revs Up for Success

Calling it a “major automotive happening”, long time Palm Beach resident Neil London is bringing major horsepower excitement to the County as he roars hundreds of supercars – McLaren, Ferrari, Aston Martin, Lamborghini, Porche, Jaguar, BMW, Rolls Royce and more – into town. Stretching from the Polo fields of Wellington to the sun splashed beach front spas of Eau Palm Beach, London’s  week long event will make Palm Beach County the destination for auto enthusiasts around the world from the 2nd to the 10th of January.

Neil London, who has more than 35 years of experience in creative media production and communications marketing, said he wants to do for high end autos in Palm Beach what Miami’s Art Fair week in December does for art. “I got started doing this car week after first spearheading the media then being asked by Mayor Lois Frankel to take it over in 2011 and bring it to the newly designed waterfront in downtown West Palm. The stipulations were that it had to be free and a family event and had to showcase the city and benefit residents.”

“When most people think of car shows they think of some macho gathering in a parking lot somewhere, but we aimed for a more high end, diverse showcase experience. It took me and my partner Tim Byrd “The Byrdman”, weeks to plan just the one day event where we got 300 cars, mostly from private owners and few luxury brand dealers. It attracted 15,000 people. It was a success considering how quickly we pulled it together. We realized we could do a whole week of events spread out around the county now that we had a year to plan it.”

London was the right man for the job as he had been shooting classic and exotic cars as a photographer and videographer since 1997, as well as doing media and marketing for almost every major event in the area. He’s been a pioneer in the areas of electronic media, corporate communications entertainment and event marketing since 1973. “All pre-internet, old school work” he emphasizes.  He is currently the Founder, News and Managing Director of ICTV1 a 24 hour Internet based information/entertainment network, and Founder, Executive Director of AUDART, the New York arts organization known for integrating art and the first year they tagged the exhibits as “The Art & Technology of Speed & Design” and wantedto make sure attendees know it’s “not a dealer show, 90% of these cars are from private owners with just a few select cars from the highest end dealers. Most of these cars also get driven here since they are privately owned.” 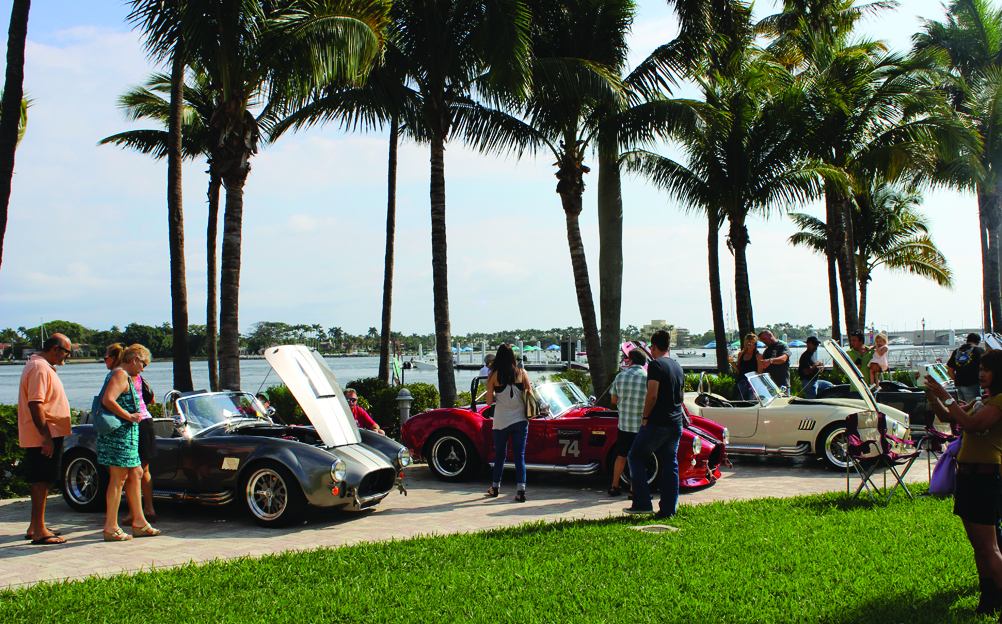 Now that the “parking lot” runs all over the county, the supercars park their sleek selves at Eau Palm Beach Resort, Wellington Polo Club, Downtown at the Gardens, 50 Ocean in Delray and other favorite hot spots.

Palm Beach County and the City of West Palm Beach have recognized SuperCar Week’s economic impact to South Florida and issue official proclamations proclaiming the second week of January as SuperCar Week each year. “It brings in thousands of people to each venue,” says London. “All of this still remains free and we have sponsors that cover most expenses. The other thing we accomplished is to bring women and families here. We did that by showcasing “Women and Wheels” and “Women in Motor Sports” which doubled our attendance from 25 thousand to 50 thousand.”

The nine days of VIP and free to the public events, Jan 2- 10, 2016, all lead up to SuperCar Week Grand Finale event, Sunday January 10th, on the new West Palm Beach Waterfront, where over 500 selected vehicles will be parked in curated sections. “It’s now the largest car show in South Florida,” London says “and the largest show on the waterfront. We really vetted each vehicle to make sure they are unique and high end. We’re not car snobs either, we love American made cars like Corvettes as much as the Italian cars. What is also unique is that people can get here by sea, air, land or rail. It’s transportation friendly to say the least!” 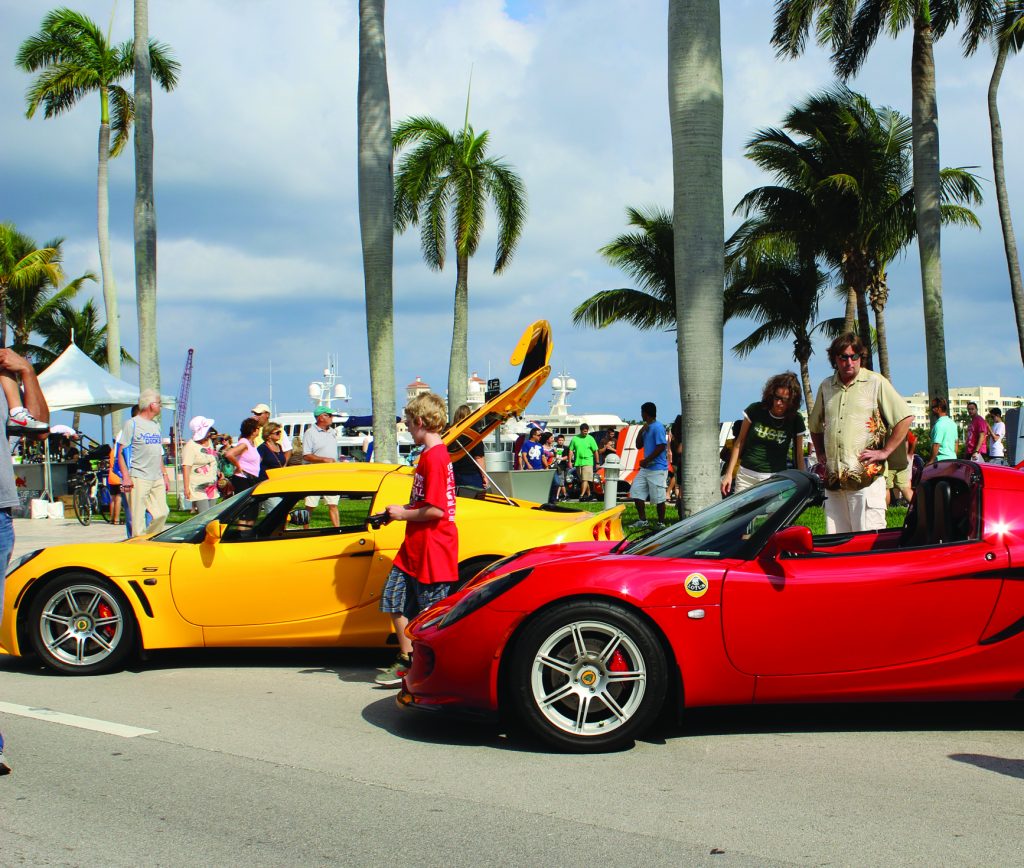 “Our track event this year features PBIR’s road course, drag strip and karting with the HPDE, BIZSPEED and Miami Exotic Driving Experience. Drive your car on the track or one of ours.” says SuperCar Week’s CFO, Gina Palmer. “We’re using all the different tracks at the Speedway which is new and unusual.”

“It’s an interesting phenomenon” say’s Co-Founder, Tim Byrd. “We bring out the world’s most expensive, beautiful, fastest and coolest cars to the public for free. The displays are so captivating, everyone has a smile on their face, old and young alike. I can see why our audience comes back every year to see the shows. They are just absolutely beautiful and the shows have quadrupled in size since we started”.

“We call this a luxury grass roots style, if there is such a thing,” says London. “The goal all along has been the bigger picture – to define the region as the premier high end automotive destination event in January in the nation. I think we’re well on our way there.”

You can get all the Supercar Week Schedule here

Sandra Schulman
A unique place in West Palm Beach where you can suit up and smash stuff – your stuff or theirs.
ADVERTISEMENT
ShareTweetJoin Our Newsletter
© 2015-2021 WPB Magazine
Don`t copy text!