Clematis by Night Is The City’s Party!

West Palm Beach, this beautiful city in Florida by the Waterfront in the east coast, is one of the most important cities in state. West Palm Beach is the county seat of Palm Beach County with a population is around 101,043 and it is the oldest large municipality in the South Florida metropolitan area.

There’s a few things you need to know about West Palm Beach. Here you are a quick facts to read… 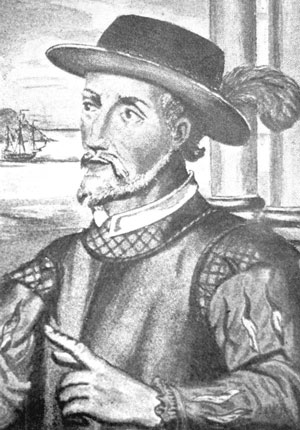 The beginning of the historic period in south Florida is marked by Juan Ponce de León’s first contact with native people in 1513. Europeans found a thriving native population, which they categorized into separate tribes: the Mayaimi in the Lake Okeechobee Basin and the Jaega and Ais people in the East Okeechobee area and on the east coast north of the Tequesta. When the Spanish arrived, there were perhaps about 20,000 Native Americans in south Florida. By 1763, when the English gained control of Florida, the native peoples had all but been wiped out through war, enslavement, or European diseases.

Other native peoples from Alabama and Georgia moved into Florida in the early 18th century. They were of varied ancestry, but Europeans called them all “Creeks.” In Florida, they were known as the Seminole and Miccosukee Indians. The Seminoles clashed with American settlers over land and over escaped slaves who found refuge among them. They resisted the government’s efforts to move them to the Indian Territory west of the Mississippi. Between 1818 and 1858, three wars were fought between Seminoles and the United States government. By 1858 there were very few Seminoles remaining in Florida.

The area that was to become West Palm Beach was settled in the late 1870s and 1880s by a few hundred settlers who called the vicinity “Lake Worth Country.” These settlers were a diverse community from different parts of the United States and the world. They included founding families such at the Potters and the Lainharts, who would go on to become leading members of the business community in the fledgling city. The first white settlers in Palm Beach County lived around Lake Worth, then an enclosed freshwater lake, named for Colonel William Jenkins Worth, who had fought in the Second Seminole War in Florida in 1842. Most settlers engaged in the growing of tropical fruits and vegetables for shipment the north via Lake Worth and the Indian River. By 1890, the U.S. Census counted over 200 people settled along Lake Worth in the vicinity of what would become West Palm Beach. The area at this time also boasted a hotel, the “Cocoanut House”, a church, and a post office. The city was platted by Henry Flagler as a community to house the servants working in the two grand hotels on the neighboring island of Palm Beach, across Lake Worth in 1893, coinciding with the arrival of the Florida East Coast railroad. Flagler paid two area settlers, Captain Porter and Louie Hillhouse, a combined sum of $45,000 for the original townsite, stretching from Clear Lake to Lake Worth.

On November 5, 1894, 78 people met at the “Calaboose” (the first jail and police station located at Clematis St. and Poinsettia, now Dixie Hwy.) and passed the motion to incorporate the Town of West Palm Beach in what was then Dade County (now Miami-Dade County). This made West Palm Beach the first incorporated municipality in Dade County and in South Florida. The town council quickly addressed the building codes and the tents and shanties were replaced by brick, brick veneer, and stone buildings. The city grew steadily during the 1890s and the first two decades of the 20th century, most residents were engaged in the tourist industry and related services or winter vegetable market and tropical fruit trade.

Despite being located more than three degrees north of the Tropic of Cancer, West Palm Beach has a tropical rainforest climate with mean temperatures in all months above 64.4 °F (18 °C).

The wet season of May through October is hot, humid and wet with the average window for 90 °F (32 °C) temperatures April 20 thru October 8, but 100 °F (38 °C) has only occurred four times since record-keeping began in 1888. During this period, more than half of the summer days bring afternoon thunderstorms and sea breezes that cool the air for the rest of the day.

The dry season of November through April is warm and mostly dry with 80 °F (27 °C) temperatures remaining rather commonplace even from December thru February. However, the area experiences occasional cold fronts during this period, holding daytime temperatures below 65 °F (18 °C) and lows dropping to 45 °F (7 °C) or further, lasting only for few days.[10] During a severe and prolonged cold snap in January 2010, the city recorded 12 consecutive days of low temperatures at or below 45 °F (7 °C) and nine of the twelve days below 40 °F (4 °C) with several mornings at or near freezing.

Meyer Amphitheater: An abandoned Holiday Inn, demolished in 1993 and transformed into an amphitheater.

Another important point of interest in the city is the Palm Beach County Convention Center. The Palm Beach County Convention Center presents a spectacular setting for conventions, trade shows, meetings and social events. An architectural masterpiece with state-of-the-art amenities, the 350,000 square-foot center features a 100,000 square-foot exhibit hall, a 22,000 square-foot ballroom and 21,000 square feet of flexible breakout space divisible into 19 rooms. The warm, welcoming ambiance extends to our expert service team that ensures a picture-perfect event and our award-winning culinary department whose cuisine is a feast for the eyes and the palate. For events that leave a lasting impression, select the space that truly impresses.

West West Palm Beach is also famous for some events that happen annually by the waterfront.

SunFest: Florida’s largest waterfront music festival
Since 1982, SunFest is an event which is held every year in downtown West Palm Beach during the week ending in the first Sunday of May, attracts more than 165,000 visitors. SunFest West Palm Beach takes place along West Palm Beach Intracoastal Waterway Flagler Drive from Banyan Boulevard to Lakeview Avenue. Year after year, the event is full of great live renown musicians, excellent gourmet offers, lots of gifts to buy and the excellent weather of our Sunshine State. All this makes SunFest the premier festival in South Florida!

Palm Beach International Boat Show
The Annual Palm Beach International Boat Show  is one of the top five boat shows in the country – featuring more than $1.2 billion worth of boats, yachts and accessories from the world’s leading marine manufacturers. It is truly an International Show. The event includes hundreds of Boats from 8 foot inflatables, power boats, fishing boats, center consoles, bow riders, personal watercraft to superyachts over 150’. Show entrances will be located at Evernia St./Flagler Dr. (waterfront) and North Clematis St./Flagler Dr. (waterfront).

One of the most important things to enjoy in West Palm Beach is Arts. There are many art institutions around the city, many of them are very well known to travels from all over the country and the world.

Ready to explore the best of West Palm Beach? Start discovering here all the attractions in West Palm Beach, places to visit, what to do and much more.