Tropics on Ice is a beautiful show performed by 13 talented skaters, happening every day during this year’s South Florida Fair.

The show begins with a short but well-choreographed introductory performance. Shortly after, a girl in pink takes the audience’s breath away as she performs an elaborate solo. Her talent is exhibited as she dances and twirls, sometimes gracefully balanced with one foot in the air. Then, the environment of the show changes drastically. Skaters with sea creature and mermaid costumes take the stage, providing a unique show for the children in the audience. While the skating itself is less eye catching, the costumes are quite impressive.

Then comes an elegant black and white duet. The audience can feel the chemistry as this couple performs together. At one point, the man uses one arm to hold the woman’s leg, and she gracefully keeps her stance upside down as he spins repeatedly. 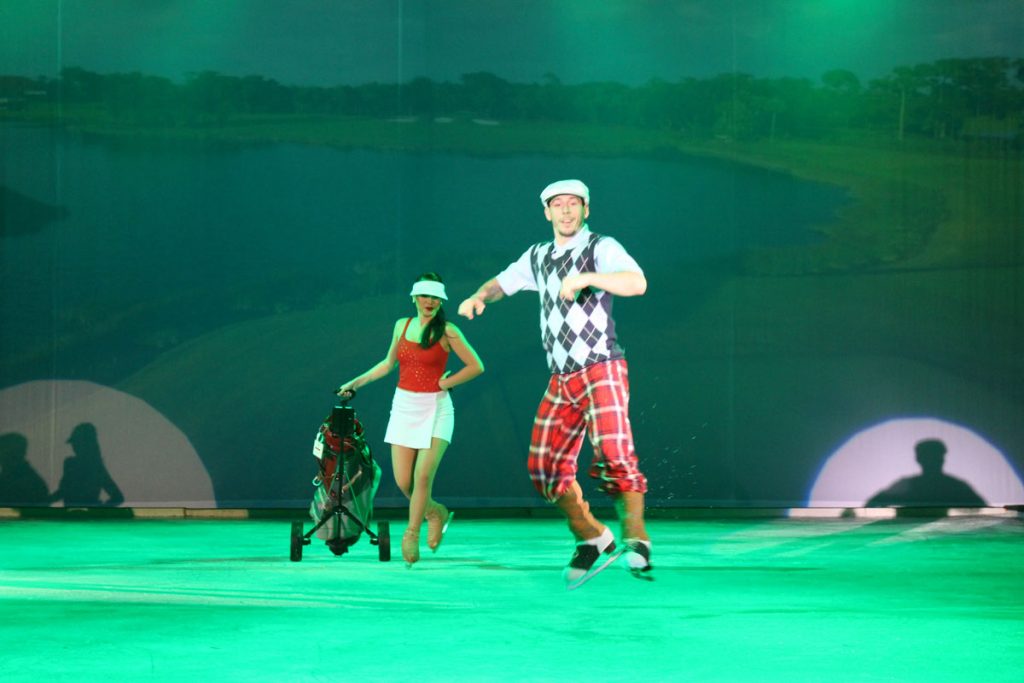 The aura of the Tropics on Ice show changes once again as a goofy “golfer” and his “spouse” act out an entertaining golf scene on the ice. The golfer is an extremely talented skater despite his wacky character. He does several amazing tricks throughout the performance, including an impressive airborne flip.

Bringing the elegance back to the stage, another Adagio couple—dressed in black and red—takes the audience aback with their in-sync dancing and their unmistakable chemistry. You will be in awe as the man holds the woman above him with only one arm—her body lying completely flat. And check this: a three-legged woman surprises the audience with her balance, providing a moment of comical relief before the closing of the show.

As all skaters keep whirling on in circles around the stage, girls skating with feathered wings and more enchanting scenes become breathtaking with the colors and the movements of the adagio pairs, the Tropics on Ice show at the South Florida Fair this year is an true entertainment on ice you should see before the fair closes January 31.

Tropics on Ice Behind the Scenes: 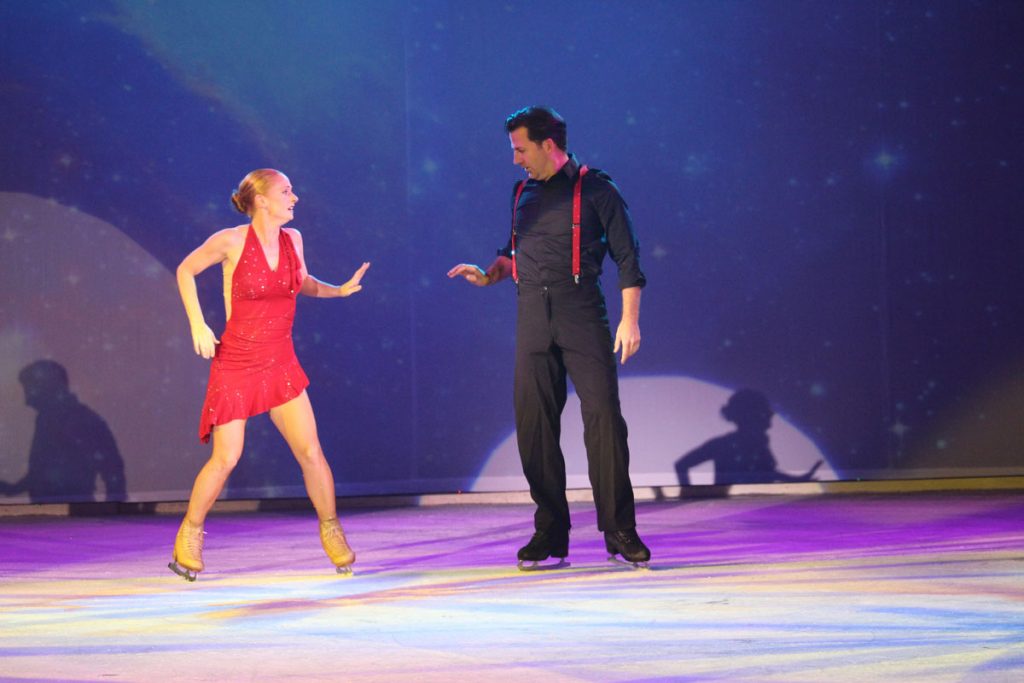 I had the pleasure of meeting Colleen MacGuire and Josiah Modes after the show. They are one of the talented couples who performed a beautiful duet. They are married and have been skating together for seven years. This is their third year performing at the fair, and they both love it. I also got to meet their Yorkshire terrier, Taye. He travels with them when possible and goes to most of their shows (behind the scenes, of course).

All their years of practicing and performing have proved invaluable! Their Tropics on Ice performance— along with many of the other performances in this year’s show —was nothing short of breathtaking.

If you are going, visit www.southfloridafair.com/events/2016/tropics-on-ice for more details and enjoy an fascinating show!

Here is a sneak preview of the show…