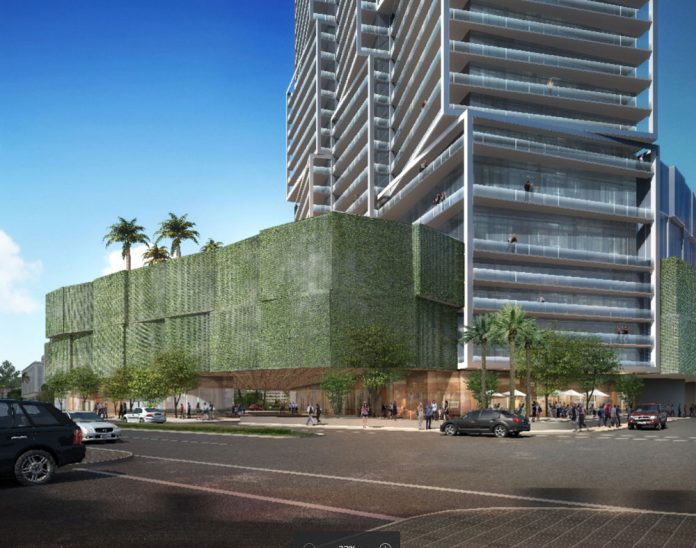 We have seen projects like the revitalization of the old Bellsotuh Building into the new luxury Alexander Flats. A brand new community for active seniors, Evernia Place, offers one & two bedroom floor plans within a 7-story high-rise building. In February 2016 a new a community of luxury apartments for rent, The Loftin Place, started receiving guests. So West Palm Beach is merging the laidback lifestyle of the South with the star power of an area seemingly alike Beverly Hills, just two blocks away from a beautiful Intercoastal gateway.

Though it may look too quiet at the most, there seems not to be another place in America like West Palm Beach, at least for real estate moguls. Billionaire real estate investor Jeff Greene has recently submitted plans for a new Twin-Tower Project for West Palm Beach, two 30-story mixed-use towers in downtown West Palm Beach, sitting in an area one block north of historical Clematis Street.

If approved, the Twin-Tower project planned for West Palm Beach will be located at 550 North Quadrille Boulevard. It will include 410,000 square feet of Class A office space, but also 84 residences in a space of about 96,000 square-feet featuring a restaurant, a health club and indoor and outdoor tennis courts.

According to the Real Deal, the median single-family home price in Palm Beach County reached $305,000 in June, the highest since 2008 and up 3.4 percent from a year earlier. So being the case that affordable housing is a huge problem in South Florida, how much good a new residence building brings to the city? Let’s hope that the business-friendly environment Florida is known for will enable corporate companies to come and occupy office spaces in buildings like this new Twin-Tower project.

“The Twin-Tower is the most significant land transaction to occur in downtown West Palm Beach in many years”, said Brad Capas, president of CapasGroup.

The reality is that stunning building proposals like the one Jeff Greene has come up with, the rest of the previous planned constructions, the All Aboard Florida station, and the CityPlace expansion plans for the near future, will keep transforming West Palm Beach and shaping it into a city we should be ready for.

We all know that whatever is planned, always looks beautiful when drafted on a paper. The vivid culture of South Florida, being able to enjoy a night out on a vibrant social nightlife with friends, surf on the beach, jet-skin on the waterfront, or fun dining moments under wonderful weather should not continue to be held hostage to snowbird seasons. Parallel to office growth and luxury housing; multi-modal infrastructures should be addressed to support consumers to spend more locally. Work-life balance should also coextend in West Palm Beach’s future, a city that’s known not only for great weather, but for recreation and culture.

We hear many people who come to visit West Palm Beach feel drawn to what the city now has to offer. Hopefully, plans for the future like the new Twin-Tower Project in downtown, right where the action of the city lives on, will make West Palm Beach a more modern cosmopolitan, yet hip destination everyone would like to pursue.

Sandra Schulman
A unique place in West Palm Beach where you can suit up and smash stuff – your stuff or theirs.

Clematis by Light: a waterworks spectacle in Downtown