Spunky artist and designer Whitney Anderson has been getting herself out there, with booths showcasing her artwork and fashion designs at the KeroWacked Festival, at SunFest, and she has seven works of art at the CCE in Northwood show. Whitney Anderson will also be featured in a Satellite Pop-Up Exhibition the CCE is curating with an opening on Friday, July 8th 5:30pm to 8:00pm at Macy’s in the Gardens Mall (PGA Blvd., Palm Beach Gardens). Her work is a cross between fashion illustration of her own designs, fantasy animals and cartoonesque scenes. She grew up in Seattle and Colorado and received a BFA from Duke University.

“After I graduated college and entered the real world art became my center focus,” Whitney says. “I never had any lessons. Growing up, I gained a vivid imagination which was fostered from long boring hours in the classroom and commercial fishing in no-mans-land Alaska with my family. I’ve also traveled to many countries—45 so far—which has expanded my understanding of history, people and culture. I made sense of my life and the world through my art:  something between reality and escape, fantasy, mystery and fun–I live for these things. Something hit my heart BIG time in the Summer of 2011 when I was walking the streets of New York. I had moved there for 7 months trying to make a dime on my art or just a little recognition for that matter. I did not like the art world around me and how art seemed so out of reach–so aristocratic. I ‘ve just always wanted my life to touch the common people–the average Jane and Joe. I wanted fashion to be my catalyst to bring my art out into the world and visa versa. I’ve always described my art in these three words: its was big because I liked to paint big, it was bold in the colors that I used and it was fierce in concept. And there you have it, my street chic lifestyle brand”.

Swedish fish are a recurring motif, as are popular models, polar bears, sharks and mermaids. For more work by Whitney Anderson, visit www.whitneylanderson.com 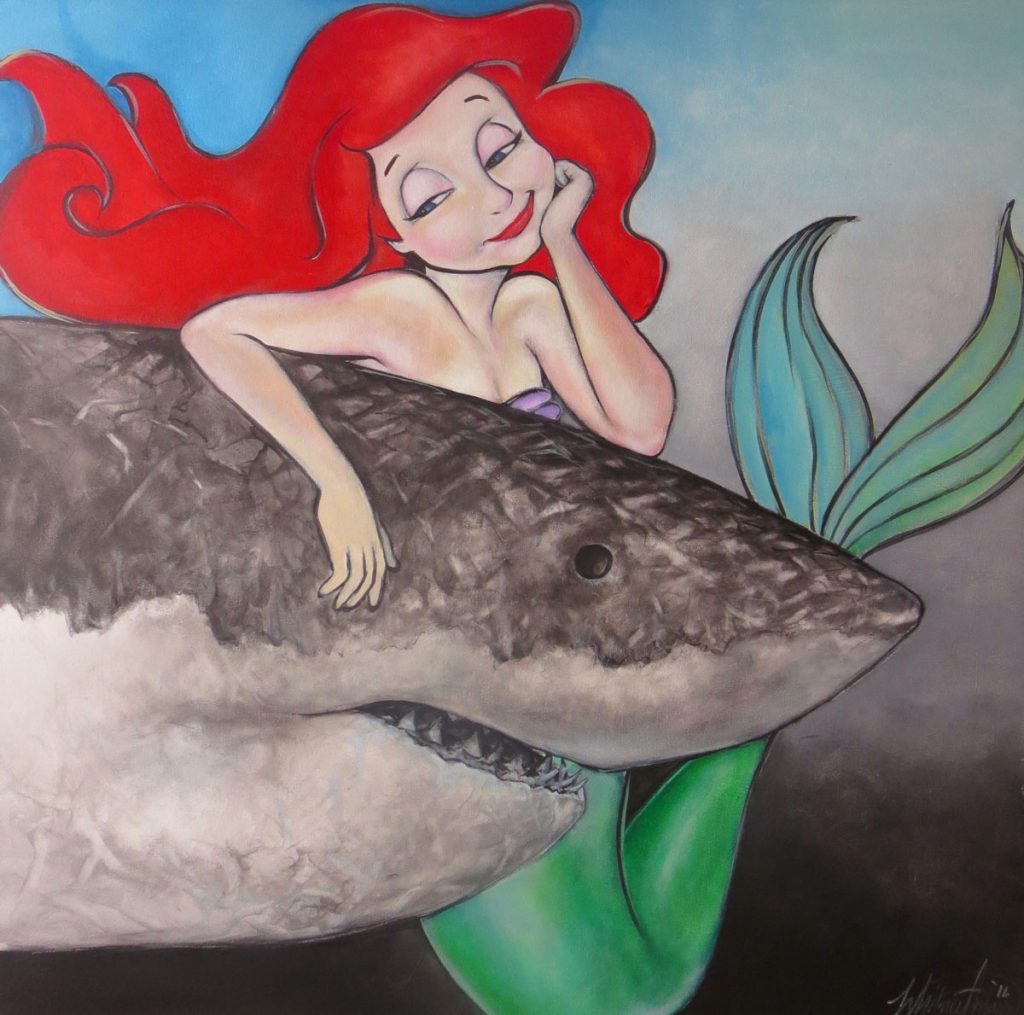