New year means new beginnings in the business world, but not so much for Yesteryear Village. One of Palm Beach County’s most unique living history parks, the Village is celebrating a one year anniversary since they opened to the public annually. While winter is the season when the fair comes to town, with their fun rides, live music and a great assortment of fair fried food—particularly fried Oreos and homemade ice cream—the Yesteryear Village is displayed every week, unveiling West Palm Beach’s non-fiction stories from as early as 1895 to 1945, serving to keep its history intact.

The moment you enter through the Archway Gate it feels like you are stepping back in time. The beautiful limestone gate was built in 1934 and was once the entrance to the town of Gulfview that was chartered on June 11, 1937. As you visit the Riddle House, an old farm house that was built by Henry Flagler in 1905 on property owned by actor Joseph Jefferson, it is possible to gaze back almost wistfully on the moments in history and imagine yourself there writing on a typewriter or making homemade ice cream with a hand crank.

The Riddle House is one of the most interesting estates in the village, as it has had many interesting owners. In 1905, the house sat on Flagler Street, and it was once the home of the Woodlawn Cemetery Superintendent, at which time became known as the Gatekeeper’s Cottage. At some point, the house was purchased by the City of West Palm Beach, which renamed it the City House.

Karl Riddle was one of the fist city managers who lived in the home from 1920 – 1923. Many years later, it was taken over by Palm Beach Atlantic College and they used it as a dormitory for male students. Years later, the house was given to the South Florida Fair, where it found its final resting place. Now visitors can enjoy its beautiful construction made of Dade County pine, with its simple but effective architecture, especially its wide porch. Grand porches were a haven in the 20s, creating an entertainment hub for people who found a cooling refuge that also provided a social gathering place for families, friends, and neighbors.

As you work yourself around the park, you will find that Florida was very popular in the 1920s and tourist rented cabins found along the beaches in South Florida. This made it convenient for travelers who visited places like the Sewing Circle, a cottage owned by Mrs. Doshie Upthegrove who rented these units until it was donated to Yesteryear Village by Doshie’s daughter, Mrs. Bonnie L. Swink-Raineri.

Traveling back in time is easy when you stare down at a rotary dialing telephone. But of course, here we are in 2017, standing in front of the Southern Bell Telephone exhibit, visiting this quiet park full of memories and vintage artifacts that do more than just delight the senses. It makes us rediscover our surroundings with a new perspective, propelling us to impart a sense of excitement by learning about the simple life our city’s pioneers enjoyed once upon a time.

Content matters here: The mid-1800s to the mid-1900s in West Palm Beach was a time of incredible growth, discovery, building, and planting—very much like today. The Yesteryear Village is a fine example of the old school mentality that if you have a good vision for your city and promote a united front, working hard to provide people the means to attain and maintain a good life, then you can ensure a prosperous outcome, as the city has been built on a solid foundation.

Much of what you see in the village, like the Riddle House, and the L-street House, Smokehouse, Loxahatchee Groves Schoolhouse, Fire House, Post Office, Blacksmith Shop, Candle Shop, Wood Shop, Print Shop, the Boardwalk and Baobab Tree, were built on a strong foundation. So much so that most have endured the test of time and become a fixture for our enjoyment, but also for our education. 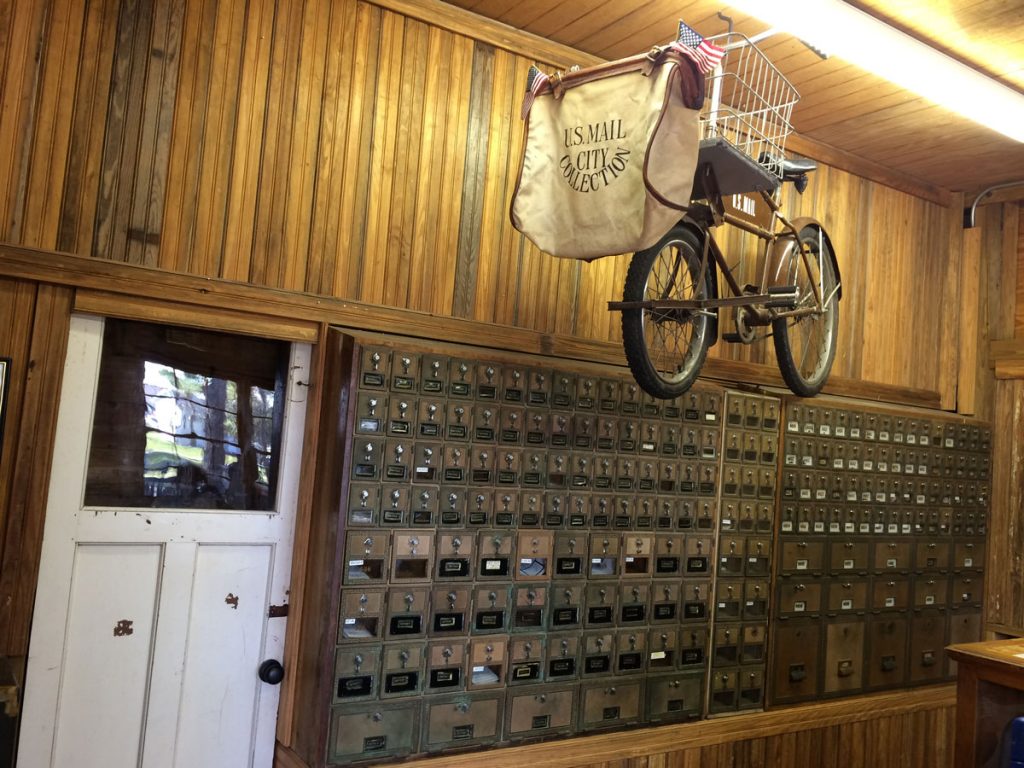 On display is a variety of original and reproduced buildings, as well as a great collection of old fire engines, tractors and farm equipment. The village guided tours are offered of the buildings; each of which is furnished in period style, with volunteers acting as townspeople dressed in the proper attire.

So what’s the attraction?

Everybody and everything has a story. And this village was created to tell the beginning of our city’s story.

“Yesteryear Village was started in 1990, and the Loxahatchee Groves Schoolhouse was the first building that was moved here,” said Paige Poole, Yesteryear Village Manager recalling the village’s origin. “We just had a reunion for some of the students who went to the school there in the 1920s.” 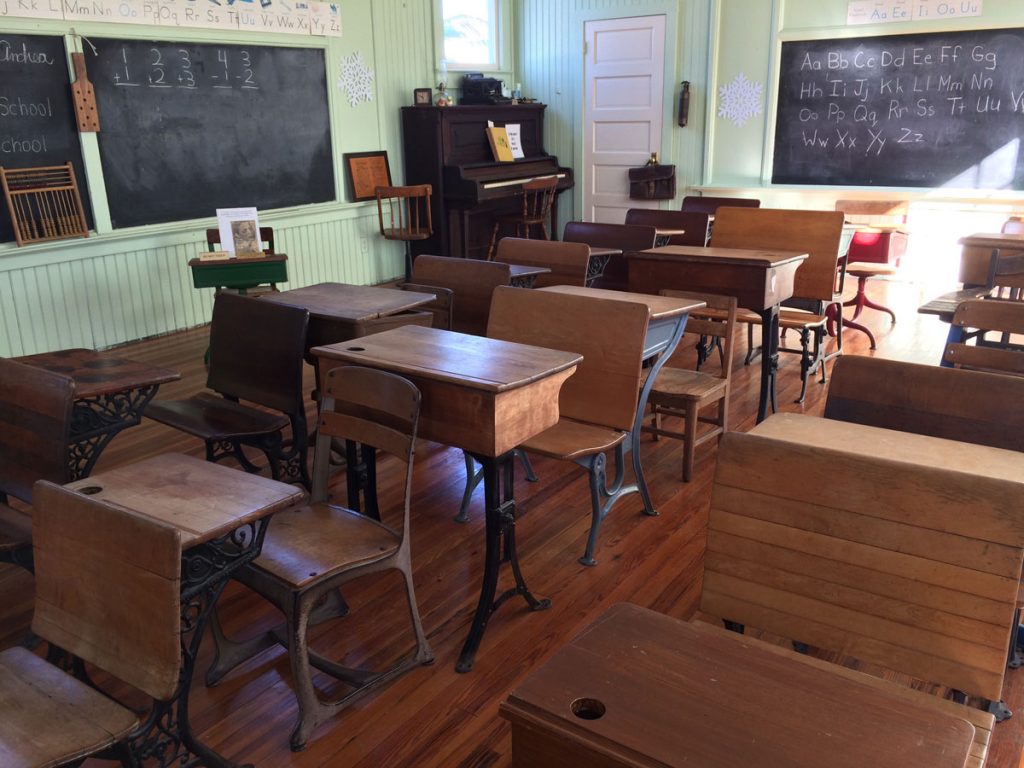 A new mixology book to add to your cocktail oeuvre

According to Poole, when Loxahatchee Groves first opened in 1936, with one teacher and 13 children in grade one through six, this one-room schoolhouse taught the younger kids on one side of the room, and the older kids on the other side. “It is said that the Loxathatchee Groves School was the longest used elementary school in Palm Beach County,” said Poole. “Church services and group meetings were also held in this building, and finally a volunteer citizens group known as the Loxahatchee Schoolhouse Committee opted to have it moved to the Fairgrounds where it could be protected and restored.”

Recently a woman in her 90s was able to identify herself in a picture dated 1926 that was preserved in the old schoolhouse. Cliff Burg, son of Roy Burg, the man who built the schoolhouse, talked to the crowd about how his father constructed it in 1935, and opened it a year later. It made a huge impact in our community then.

Children are fascinated by the simplicity of the buildings and the absence of luxuries they have become accustomed to having in their lives today. Seeing animals such as horses, rabbits, poultry and others that are at the Village, are always a big hit with students.

All the buildings at the Village are from Florida, except for Red Level Baptist Church. Originally located north of Crystal River on the Gulf Coast of Florida, this church was constructed in 1893 for $1,000. It served the congregation for many years until a new church was built. The historic building was then moved, minus the steeple, onto the Hollinswood Ranch, where it was used for hay storage. One day, a South Florida Fair staff member noticed the abandoned building in the ranch pasture. He negotiated with Mr. Dixie Hollins and for the sum of $1000 the Fair was given rights to move the building to West Palm Beach. In 1992, the church was disassembled and reconstructed, and found a new home in Yesteryear Village.

There’s something inside most of us that loves a thrill or a nostalgic trip to the past.

Yesteryear Village is open to the public Thursdays – Saturdays from 10 am – 4 pm. For more information, visit www.southfloridafair.com/p/yesteryearvillage.